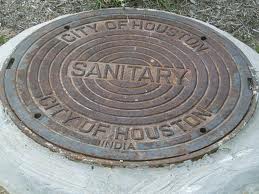 The city of Arlington has come up with an ingenious way to keep tabs on water quality. Along with the University of Texas at Arlington, the city has collaborated on the use of robots for sewers. The cost to the city is expected to be less than half the cost of hiring a complete service to run a robot and interpret the data. A floating robot will be equipped with a high-definition video camera, a laser to scan the concrete pipe above the water line and sonar to scan below. It will be pulled through the pipes on a cable. The city has 1,222 miles of sewer pipe, but the robot’s workplace will be 48 miles of the largest concrete pipes, which range from 24 inches to 66 inches in diameter. The deployment of robotic technology is also a means to cut water loss. The robot, equipped with a high-resolution camera and special sensors, will be designed to detect leaks and flaws in pipe that can’t be seen from above ground.

The city is currently seeking to determine whether the entire section of the 30-year-old water main should be replaced at an estimated $1 million or spot repairs could be made for less. This project will have several phases, including traditional infrastructure upgrades. Costs will also be reduced through more timely repairs and reduction of emergency situations.

Interesting fact: the city of Arlington is requesting of residents using rain barrels, to use containers specifically designed as rain barrels. In lieu of buckets, garbage cans or other homemade containers. Other suggestions include:

• Be sure to always remove the water that pools at the top of the rain barrel at least once or twice a week.

• If possible, place your rain barrel on a surface that will soak up any water that overflows so it doesn’t pool and create a mosquito habitat.