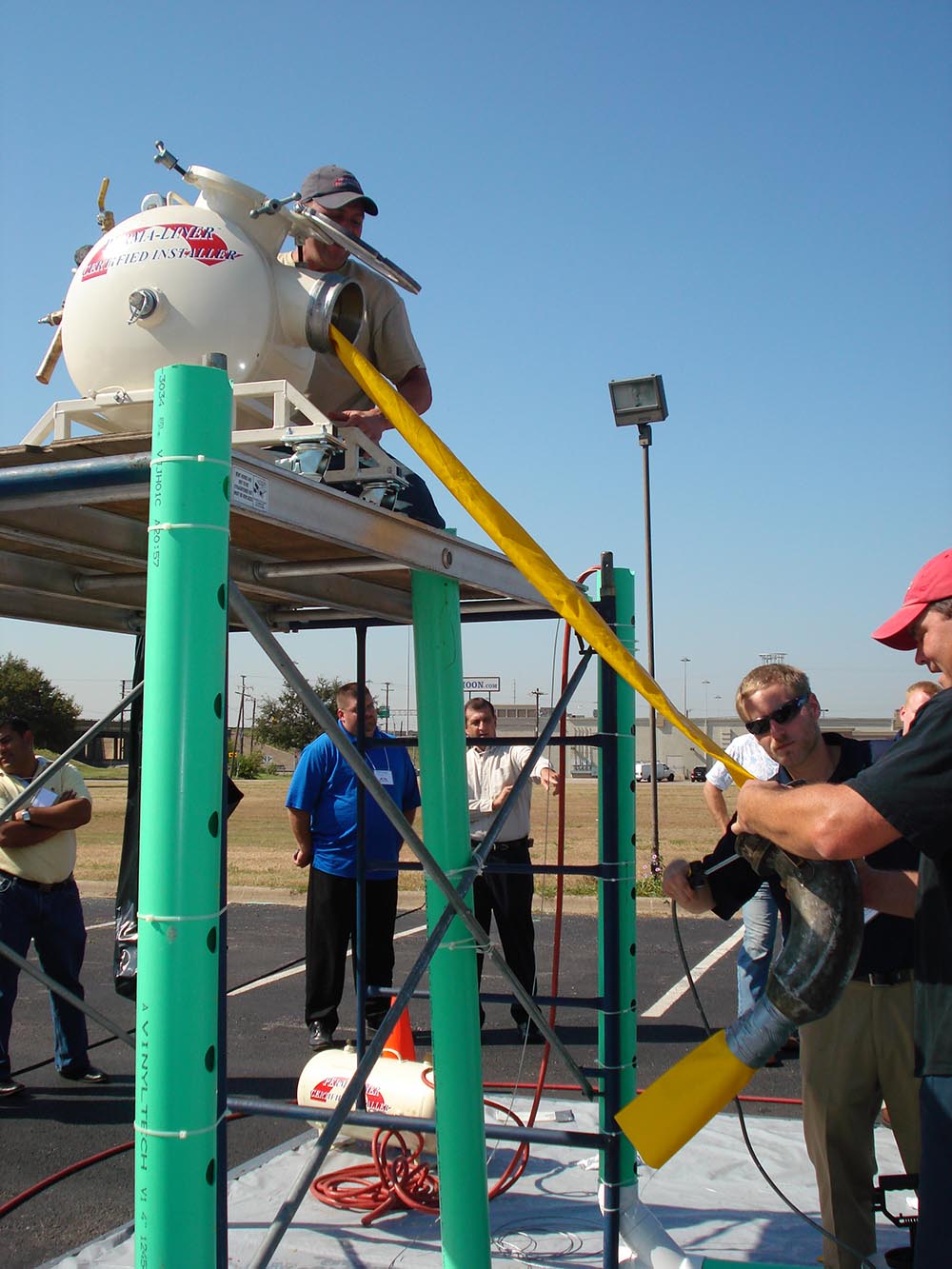 The city of Lufkin, approximately 120 miles outside of H-Town, gets an “e” for effort. The city has achieved a prominent status in the operation of its own sewer system rehabilitation project. No matter how arduous a task that the dilemma of infiltration and inflow has been, it is now being addressed for the long term. So far, there have been miles of sewer pipeline replacements to restructure the system where its weakest links are. The city still has a significant amount of pipelines consisting of clay. Clay tile pipe is known for its susceptibility to cracks and root penetration, which become problematic during heavy rain events, as well as lead to sewer overflows. Within the last decade, the city began a far-reaching overhaul of the system, replacing and repairing several sewer lines. The projects have ranged from point repairs for localized leaks, which also involved pipe bursting in certain areas. A trenchless method was used to recondition the pipe, installing pipelines made of PVC.

The city has begun using Perma-Liner Industries CIPP Lining. Roughly 2,000 feet of pipelining has been completed to date. Since CIPP lining is an entirely no-dig system, it’s particularly useful where many other utility lines are in close proximity. The use of Cured-in-Place Pipelining has also deterred pricey and problematic glitches. The use of premium equipment and services has all but eliminated the need for emergency repairs, while simultaneously saving thousands of dollars.

Did you know? The Sam Rayburn Reservoir near Lufkin is considered a top bass fishery. It holds the record for largemouth bass weighing in at 16.5 pounds. Not too shabby!

Houston, Perma-Liner Industries would like to invite you to our exciting summer event! If you missed our Open House this month in California, no worries! Come to our Delaware Open House next month! Stay tuned for all of the details. It’s taking place from July 18th-20th. We want to see you there, and as always, we’ll have our experienced crew demonstrating equipment and all the latest in CIPP. Make a plan to attend and see you then!