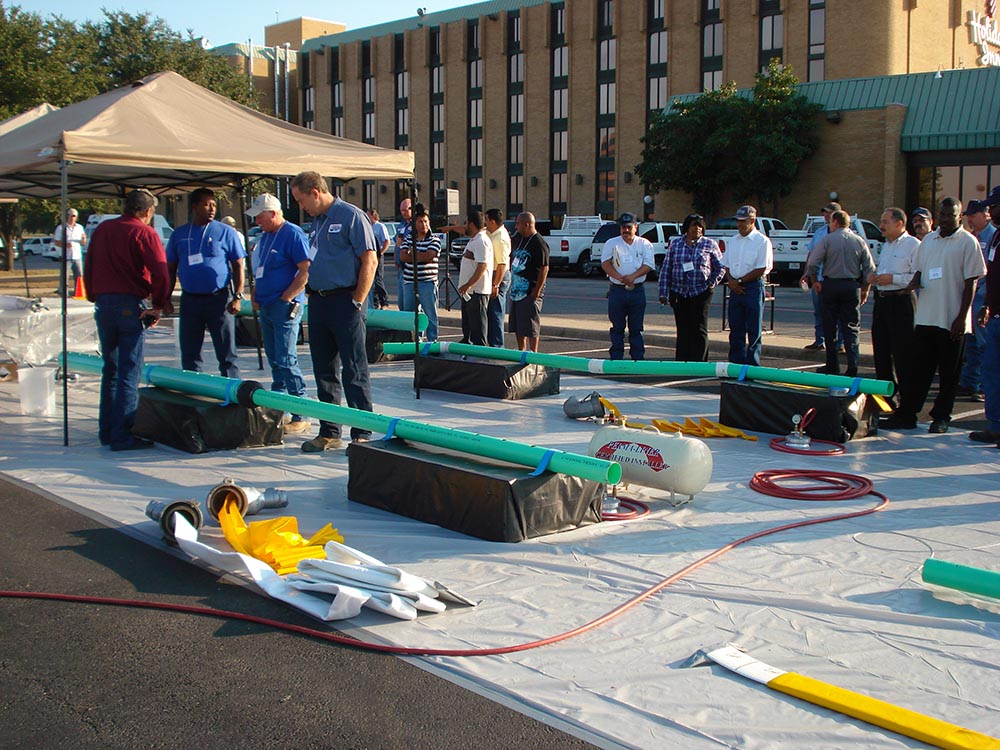 The neighborhoods of Houston are being upgraded and redesigned with improved water and sewer systems. In an effort to reduce localized flooding, which routinely occurs within a number of Houston area communities, a rehabilitation of the affected infrastructures is paramount. The systematic heavy rain events have necessitated an overhaul to the foundation of these structures. This year H-Town is on a mission to address the most problematic, flood-prone areas of the city. Approximately 100 potential flooding-drainage projects have been identified throughout the city. The projects are intended to be an all-inclusive platform for replacing sewer inlets and grates, regrading ditches, resizing culverts, and addressing minor erosion repairs. The first of these projects will be conducted in Clear Lake and will begin by rehabilitating a drainage ditch in two separate, but nearby, areas.

In addition to this, the Pearland area of Houston is announcing a new surface water treatment facility.  While still in the design phase, the new facility is expected to surpass the anticipated water demands of the city, with a possibility of becoming a regional plant. The city’s maximum capacity to date is 34 million gallons per day, more than half of which is supplied by groundwater. Currently, the only sources of surface water are the city of Houston and the Clear Brook City Municipal Utility District. The first phase of development is slated for completion in 2022. At which time, the heightened capacity will be improved by approximately 10 million gallons per day. Other projects have included lift station enhancements. One lift station was completed at the end of last year, a second was completed this month, and the third will break ground later this year. After all three are completed, the city will have an improved total capacity of 27 million gallons per day, with an increase of 9 million gallons per day.